Happenings: "The risk of love is loss and price of loss is grief"

Here is the story of the pit bull who grieved for his partner who died after being hit by a car.  The male pit bull did not leave the side of the female pit bull for 14.5 hours until the city came to remove her. 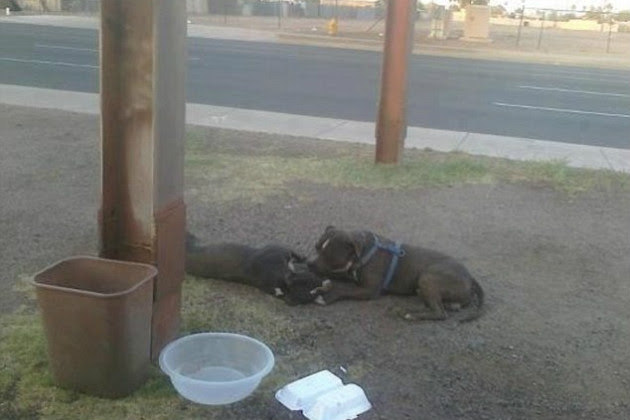 
Charles Darwin, the great evolutionary scientist and naturalist, wrote that animals share our emotions including sorrow and grief.

Grief is a reaction to the absence of something or someone who caused happiness, comfort. The continued absence of that person or thing can lead to stress. In the context of bereavement, this stress is termed grief.  – Writes Maneka Gandhi, activist

Sharon Crowell-Davis, an animal behaviorist at the University of Georgia, has scientifically proven that animals have emotions just like us, by the use of PET [positron emission tomography] scans. This instrument provides researchers with an evaluation of mental states based on brain activity and neurochemical changes noted in response to specific stimuli. It was noted that both humans and animals react to a certain stimuli in a similar way.

In the book “Through a Window”, a real life story of Flint, a young male chimpanzee who died soon after his mother, Flo, explains that animals experience emotions, like humans do.

Animals that tend to display signs of grief are those which are known to have memories. More reason to practice Ahimsa towards humans and animals alike.