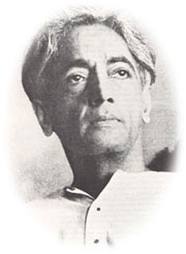 J. Krishnamurthi was an enlightened soul, a writer and philosopher whose mission was to bring about a positive change in human personality.

Jiddu Krishnamurthi was born on May 11, 1895 in Madanapalle, Andra Pradesh state and is from a family of telugu speaking Brahmins.  He was at most times assumed to be mentally retarded and punished by his parents and teachers for revealing his psychic experiences.

Through his association with the theosophical society, he was able to bloom into a true spiritual guru. He believed that everyone should meditate and  have a more spiritual approach to living. He respected humanity and nature and wanted everyone to treat themselves well and preserve Earth.

He did not encourage intellectual pursuits.  He believed that the ultimate truth can be realized only through each seeker’s awareness to his own experience, understanding and observation leading to involution (inward growth).

Later he said, “I maintain that truth is a pathless land, and you cannot approach it by any path whatsoever, by any religion, by any sect. That is my point of view, and I adhere to that absolutely and unconditionally. Truth, being limitless, unconditioned, unapproachable by any path whatsoever, cannot be organized; nor should any organization be formed to lead or coerce people along a particular path. ... This is no magnificent deed, because I do not want followers, and I mean this. The moment you follow someone you cease to follow Truth”.

He compared himself to Thomas Edison, meaning that the seeker has to just flick the switch as all the hard work had been done by him through his process of self-realization. He wanted seekers to simply live the teachings laid out by him, in order to attain the higher consciousness.

He attained liberation through his own personal experiences and observations and died on February 17, 1986.

In oneself lies the whole world and if you know how to look and learn, the door is there and the key is in your hand. Nobody on earth can give you either the key or the door to open, except yourself.

Religion is the frozen thought of man out of which they build temples.

The end is the beginning of all things, Suppressed and hidden, Awaiting to be released through the rhythm Of pain and pleasure.

The flowering of love is meditation.

Tradition becomes our security, and when the mind is secure it is in decay.

We all want to be famous people, and the moment we want to be something we are no longer free.

What is needed, rather than running away or controlling or suppressing or any other resistance, is understanding fear; that means, watch it, learn about it, come directly into contact with it. We are to learn about fear,not how to escape from it.